Scouting rapids is one of the most important consideration when paddling rivers. There are essentially two ways to scout a rapid: from the bank, or from an eddy. And then there is the odd occasion where you may have the aid of a helicopter ride or a drone to check out a rapid. Most of the time, it’s just you, your mates and the river.

Scouting from the bank is sometimes needed, but not always. It all depends on a number of different factors, such as:

Generally, when you approach a rapid and you can see a clear horison line, often with some spray visible too, there is a good chance that you will need to scout it from the bank. If you approach a rapid and get pretty close to the point of no return and you still can’t see the bottom of the rapid, best is to jump out and have a look. You may also notice some serious gradient ahead by the way that the whole gorge/valley drops out, or you could notice a tree lying across or inside the rapid. In any of these cases, if you are uncertain, get out and have a look. As you gain experience, your gut feel will get fine-tuned.

A word of caution when scouting from the bank: Always try to get as close to the rapid as possible and stand at the same level as the rapid. When you scout a rapid from afar or from high up, your perception is distorted. The clear line you might be seeing from above often looks completely differently when you get on the water. Seemingly small features look much bigger from up close, and seemingly small drops tend to be much higher when you get to the lip.

When scouting from the bank is not absolutely necessary, it is much more efficient to scout by eddy-hopping. In essence, this means that you paddle from eddy to eddy, making your way down as you survey the next section of the rapid to the following eddy. This technique is not possible with long racing kayaks, but with most other river-running craft, eddy-hopping is the preferred way to run rapids.

When you’re in a group, eddy-hopping can be done in different ways:

When a rapid is difficult or dangerous enough that it requires proper safety being set up from the bank, the potential rescue spots should be discussed by the group while scouting from the bank. Often, with more dangerous rapids, only one or two of the group may be up for the challenge of paddling the rapid. In that case, everyone else will set up safety, and the few challengers will only start running the rapid once they receive a clear OK signal.

When all the paddlers in the group want to run a rapid where safety is required, paddlers should take turns to do safety. In this scenario, it is important that everyone is very clear about whether they will run the rapid or not, because once the process is in motion, it causes a lot of frustration and sometimes consternation if a paddler suddenly changes their mind about running it or not.

If you do a race on a river that is unfamiliar to you, say the Fish, the Dusi or Umko, you will have a LOT of second-hand information on what to expect.

Some rapids that really are not that difficult have huge reputations attached to them. This could be because the rapid has spectator access, or because someone once had a really bad swim there. Often, it is just because paddlers like to boast about the big rapids that they have conquered.

The opposite is also often true. There exist no-name rapids that receive no mentions yet they have sneaky surprises that catch many paddlers unaware. These rapids are normally found far from spectators, and are also often in between more well-known rapids. One tends to focus on the big-name rapids and lose concentration when you hit the supposed-to-be-easy ones.

The best thing you can do, if you have the time, is to trip the river beforehand to get familiar with the obstacles. Take your time, scout from the bank when necessary, and maybe try different lines through rapids to pick the fastest line. A good strategy is also to figure out Plan Bs for the rapids where paddlers are likely to get stuck or to be swimming. There is no point in having the perfect line figured out, if you get to the rapid to find that someone else is stuck right in the middle of where you intended to go and you have no other option prepared.

This brings me to another important point: Do not follow directions given by other paddlers or marshals like sheep. You have no idea of the river-reading capabilities of the paddler in front of you, and you could just follow them straight into a disaster.

Regarding marshals, some are paddlers and some are not. Chances are good that a marshal is just pointing you to the line taken by the first paddler that came through. So, if you enter an unfamiliar rapid, don’t just blindly follow. Scout your own line as you make your way down. You may still end up following the paddler in front of you, but at least it will be a informed decision then.

A last note on scouting while racing: If you get to a rapid and another paddler is pinned or swimming where you most likely would have gone if said paddler wasn’t messing with your plans, don’t panic! If you notice the obstruction before you enter the rapid and another clear line is not immediately visible, rather stop and back-paddle to give yourself more time to scout. If you can see another doable line, go for it. If there is really no other way, you should either wait for the way to be cleared, or, if you don’t want to wait that long, get out and run around. The last thing you should be doing if someone is in trouble is to plough straight into the rapid on top of them. It goes without saying that if the paddler that is obstructing the way is in real danger, the race is off and it is your obligation to get out to help. Don’t be an ass, you are not going to win anyway.

To portage or not to portage is the question that every river paddler faces from time to time. Sometimes the choice is easy; if it is a nasty weir, or a big waterfall landing on rocks, or simply a rapid that is clearly above your skill level, you simply walk it. There is no shame in that. But, when the rapid seems like it could be runnable, you have to decide if you are going to push your limits a bit (and scare yourself at the same time), or take the low-risk option to walk.

Group dynamics often play a big role in this decision. If you are unsure and a dominant paddler in the group tells you to walk, you’ll walk. More regularly, the opposite happens where a gung-ho group may push you to run everything all the time. While their intention may be to help you to improve, it could also be for the spectator value… River rats find a good beating quite hilarious.

There are other potential factors too. For instance, an approaching storm would add pressure to run everything in order to get to the take-out faster. Or, you may be the only paddler in the group who wants to portage a specific rapid, and this portage could take two hours to walk, you will be pressured to run the rapid to get the group through in two minutes.

These are the types of potential issues that are best dealt with even before you get on the water. Are you with a group you trust? Are you getting onto a river that you can handle with your skill set? Is the weather going to play along?

OK, let’s say that you have dealt with all the potential issues beforehand, there is no peer pressure, and you are looking at a rapid that you just can’t decide whether you should run it or not. The first thing to do is to look carefully at the line you intend to run. Then, decide whether you have a good chance of sticking the line. Consider the sections where you may miss the line, and decide if you can handle the consequences. Will you end up on a different line that you can easily run? Or, is there a good chance that you could end up in a really nasty hole, in an undercut, a syphon, or a tree block. In other words, a situation that you really would want to avoid.

The bigger the consequence of a missed line, the surer you need to be that you can stick the line. That is what it always boils down to. If you will certainly die if you miss your line, you have to be 100% sure you can stick your line.

That is the logical part of the decision-making process. The emotional part needs to be dealt with too. If you have the technical ability to stick the line, but you are just not feeling it, best is to not talk yourself into running it. Leave it for another day, when you’re on top of the world and ready to give anything a go. When you feel that you are in the zone, you have the adrenaline under control and you generally feel a bit ballsy, then give it all you’ve got.

Author: Celliers Kruger. This article was originally published in The Paddle Mag in the Feb/March 2020 issue. This is a superb, free-to-read digital magazine. 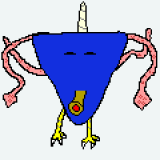